Skip to content
Accueil>Actualités>Haiti – UN : Letter from Jean Charles Moïse of Haiti to Antònio Guterres of the UN
Vues : 374

To: Mr Antònio Guterres
General secretary
From the United Nations

On this day commemorating the birth of the founding father of the Haitian Nation, the illustrious Emperor Jean-Jacques Dessalines, hereby, I, the undersigned, Jean Charles Moïse, I intervene with you as Secretary General of the political party PITIT DESSALINES, to ask you to reconsider and revise your radical, unilateral and categorical stand on the real and root causes of the Haitian crisis and the general uprising of all the cities of the country against the latest unpopular, irresponsible decisions of Prime Minister Ariel Henri .

Mr. Secretary General, allow me to draw your attention to four (4) untruths that serve to justify the proposals set out in your recent statement on France 24.

Mr Secretary General,
Your words are insulting and revolting to the conscience of citizens, whose lives have been rotten by decisions taken against their interests, by people who had neither quality nor morality to decide for Haitians.
Haiti’s protesters are not gangs. They exercise their constitutional and inalienable rights, recognized by the Haitian constitution, in its article 31. Secretary General of the UN, planetary organization, guaranteeing these rights, you are not going to disagree. For your information, the demonstrators are determined to leave the tarmac, when their demands are met. It is time that corruptors and corrupted, conscious or blissful agents of the bi-secular ostracism of aggravating social exclusion, root causes of the general uprising, stop, through siren songs, playing the victim or the giver of lessons, to a people thirsting for justice and determined, henceforth, to live better.

It is essential at this stage, to contextualize the Haitian situation by reminding you: that the UN is physically present and this without interruption on Haitian soil, since 1990, under several denominations, MINUSTAH, MINIJUSTH, BINUH formally and Core Group ; that armed groups were born under your watch; that their federation was publicly praised by Ms. Hélène La Lime, Special Representative and Head of the United Nations Integrated Office in Haiti (BINUH). Also, I don’t understand why you said and I quote:
“What is happening in Haiti are not political movements, they are gangs, unfortunately also infiltrated by people linked to economic power and political power”,
A shocking statement for the
population which spits its anger against the rise of petroleum products, in demonstrations leading to deaths, injuries by bullets and the total paralysis of economic activities.

Nor do I understand your argument to justify the increase in the price of petroleum products. How to understand this reasoning which presents these unsustainable increases, as the laudable desire not to finance the wealthy, when the system favors them in everything? It’s irrational!

Moreover, you also mentioned the sending of a UN force to Haiti. Allow me to remind you, Mr. Secretary General, that all your missions have failed and will always fail in Haiti…And do you know why?
Because the spirit of our ancestors rejects any presence of foreign force in the land of freedom, the land of J.J. Dessalines, one of the main architects of human rights throughout the world.

Mr Secretary General,
This popular uprising, the magnitude and scope of which you underestimate, also aims to recover national sovereignty and the establishment of a transitional government, by Haitians, nothing but Haitians. This is to tell you that from now on, the daughters and sons of Dessalines will no longer allow the interference of the imperialist powers in the internal politics of Haiti. The daughters and sons of Dessalines will unite, as their ancestors did on August 14, 1791, to recover the sovereignty of the first Negro Republic.

Mr Secretary General,
Despite the support of the international community to Prime Minister Ariel Henri, for services rendered…he will leave power to a transitional government, appointed by Haitians, with a roadmap that will take into account the legitimate demands of the people and the holding free, fair, inclusive and democratic elections. 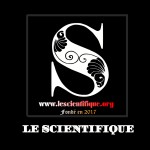